Toshi Reagon adapted Octavia Butler’s Parable of the Sower into an opera with the intention of inspiring people to activate change. Born in Atlanta, Reagon weaved music from her cultural roots into her adaptation of Butler’s powerful book. She used folk music to draw attention to herself in the center of the stage, one sole light igniting her position in the center of the people. Therefore, through the music, Reagon depicted the pain, violence, desperation, and hope felt by all of the characters in the Parable of the Sower and people today.

Toshi Reagon is an Atlanta-born woman striving to generate change in America through music. Since she first began performing at the age of 17, Reagon has used a variety of musical genres, such as blues, R&B, rock, folk, funk, and spirituals to move the audience. These styles were particularly seen in her adaptation of Octavia Butler’s Parable of the Sower as Reagon connected with the audience and sang her emotions of the meaning of the various themes in Butler’s book.

According to Mann, over the last 30 years, Reagon has worked with many other performers and innovators in the field of entertainment. These people included Elvis Costello, Marc Anthony Thompson, and especially her mother, Bernice Johnson Reagon. Reagon served as the musical director of several musicals and has won many awards as a result. For example, in 2009, Reagon won the 2009 Out Music Award. This demonstrates her commitment and tenacity to continue writing and singing songs that contribute to a roller coaster of emotions and meaning (Mann).

These emotions presented throughout the opera were aided by the lighting and music. Initially, all of the lights were present in the opera when it began. This created an atmosphere that contributed to a close-knit feeling between the actors and the audience. Furthermore, the wall was apparent in the stage while it was bright. Yet, when Lauren’s family died and the houses were burnt down, the lights in the opera suddenly turned off. This represented a loss in the feeling of community since the wall also disappeared. Therefore, Reagon strives to describe the story of loss, danger, and community as Lauren leaves her neighborhood and has to begin making her own decisions through lighting. 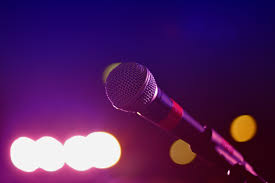 The music Reagon used represented Lauren’s story. From Lauren’s sorrowful cry for her father to the compelling anthem of God is Change, Reagon uses a variety of music, such as blues, electronic, and folk music. These all contributed to the emotions the audience felt. For instance, the whole show stopped about halfway through when Reagon sang her own song. It spoke of the current problems in the government that related to the problems in the Parable of the Sower. These problems included economic issues and neighborhood houses that are built that are too expensive to actually buy. Therefore, Reagon brings attention to these current issues and desires to inspire change. Although the Parable of the Sower was released in the 1990s, the problems then are still relevant today.

This opera, still performed nationally, is geared to bring about change and is greatly important to Toshi Reagon and her mother. The music may not be matched through skill as it continues to inspire change in the audience’s hearts.